The Kidderminster & Worcestershire Prostate Cancer Support Group (KWPCSG) was formed in 2000 for all individuals affected by prostate cancer.

When you are first diagnosed with prostate cancer it can be a very worrying and lonely time. We know how you feel because we have been there ourselves.

Our members are those diagnosed with prostate cancer, their families, friends and carers. We are here to help from the moment of initial diagnosis, through treatment, recovery and beyond.

Our group has two branches covering the whole of Worcestershire and has nearly 500 members. Members help us to raise awareness and stage events such as the Bewdley Tractor Run, the August Bank Holiday Pershore Plum Fayre and a variety of sporting events.

In 2017 we were awarded the Queen’s Award for Voluntary Service.

“To inspire and empower men affected by prostate cancer, and to support them, and people close to them.”

We’d love to support more people newly affected by prostate cancer. If you know anyone affected or are affected yourself, please do know we’re here to help.

How you can help

We’re always looking for help to put on more events, raise more awareness and support our members! Please get in touch if you can help out or make a donation. 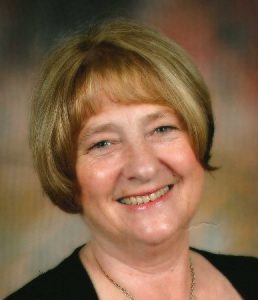 Founded of the support group in 2000, now the group secretary and acting chair. 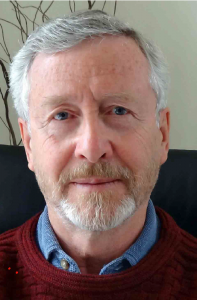 Trustee to the Charity. 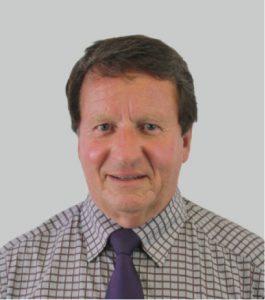 A founding member of the support group and the treasurer. 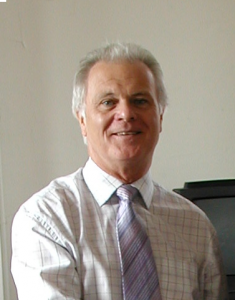 Retired after 37 years in the NHS as Head of Estates, my interests are DIY gardening and I am also a Parish Councillor. 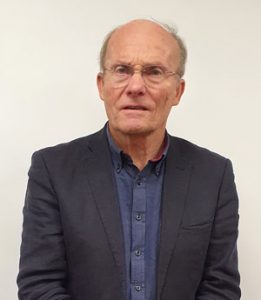 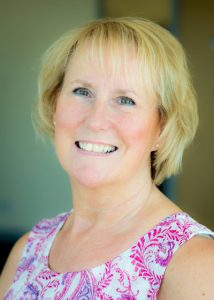 Nicky is the Community Fundraising Officer for Worcestershire Acute Hospitals Charity – the two charities work in partnership on projects, events and appeals.

Nicky is the lead for community partnerships and also leads any fundraising appeals that are created to support the patients, staff and services at the hospitals 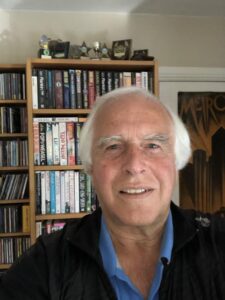 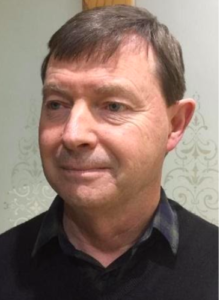 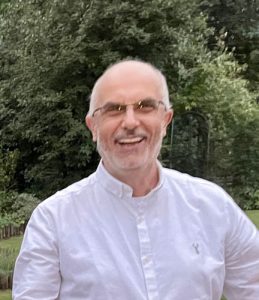 David is the groups co-ordinator with Tackle UK, he acts in liason with Tackle and attends all their meetings on behalf of our group. 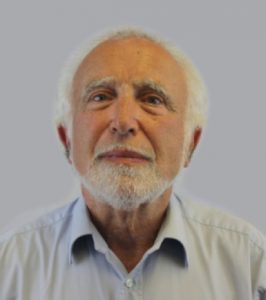 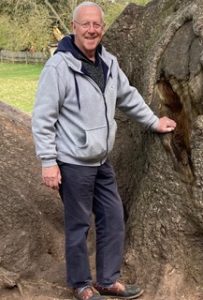 My working life was spent in project engineering and sales within the oil, gas refining and nuclear industries around the world,…UK, Middle East, Africa, Korea, Japan and China …and building eight new service centres and engineering plants.

Since retiring I have been a Tour Guide at Morgan Motor Company.

How We Got Started

I became the Clinical Nurse Specialist in Urology/Oncology in 1999. This role covered the care of men diagnosed with prostate cancer, penile cancer and men and women affected by bladder and renal cancer.

At this time we were encouraged by our Senior Nurse to start patient participation groups and I had been strongly impressed by the Cardiac group which I had attended with my father following his heart attack.

There were many changes and improvements being made in cancer care throughout the country because of the Calmine Hine Report (1995). This report had been commissioned by the government to look at cancer services in the U.K. and any disparities of services should be addressed by each Trust to ensure that patients got the same standard of care. One of the recommendations of this report was that there should be more Specialist Nurses to work as a Key worker for everyone diagnosed with cancer.

I did my Oncology training at the Queen Elizabeth Hospital and University of Birmingham and completed my B.Sc. degree at Worcester University.

After working in clinic for some months I realized that the largest number of patients I was talking to about their diagnosis was men who had been told they had prostate cancer. This number was set to rise because of the baby boomer generation (of which I am a member) and this has proven to be the case, we are now diagnosing over 600 men every year in Worcestershire alone.

I suggested a Coffee morning initially and invited about 8 men and their wives/partners to come along to the Millbrook Suite on a Saturday morning.

This proved very successful, although I had been told men are more reticent and will not want to talk about their diagnosis, but they did and they also listened to the other men.

The next meeting I arranged was moved to the Post Graduate Centre with an invited Speaker, Oncologist Dr. Brown and the attendance level was 30 plus. People asked interesting questions and wanted to know what the future was for prostate cancer treatments.

The next meeting I arranged was at the Gainsborough Hotel and this followed the recent downgrading of Kidderminster Hospital. Approximately 50 people attended and our speaker was the new Oncologist at Kidderminster Dr. Churn.

There was a great deal of insecurity about the future of our local medical care with the closure of our acute services and many people wanted to have a voice in the future of their care and the security to know that they would have local follow-up appointments in Kidderminster.

We arranged a lunchtime meeting at the hospital with Paul Brothwell (Hospital Chaplain), Margaret Webster (Secretary) and myself.

From this meeting we made Paul, the Chairman of the Group, Colin, Treasurer and Lyn, Secretary; myself as Nurse Adviser to the group, and invited Mr. Baxter-Smith to be our President.

I listed everyone who was newly diagnosed with prostate cancer at Kidderminster Hospital and invitations were sent out for our first formal meeting in the Post Graduate Centre on 23rd April 2000. We invited speakers from an established support group from the south of the country the Prostate Support Association and Dr. Udeshi (Radiologist).

The meeting took place, and on the evening Lyn sat on the door with George Fox and signed up 60 members at £5.00 each membership. We were staggered at the response, there were at least 100 people in the Post Graduate Centre that night, and we realised that already, we had grown too big for this centre. Derek Sheriff who was the Secretary of the Prostate Support Association was keen to get our members enrolled within a national support group, this would have meant members paying an annual subscription to them as well as enrolling for the local group. The Committee members decided that we should continue by ourselves but liaise with the national groups.

We moved to Kidderminster Town Hall for the meetings and we were able to book a bar/coffee facility, as well as have equipment available for presentations. This move enabled us to expand our horizons and think big about the amount of people who might or could attend the meetings. We continued with a range of excellent speakers:- Major Ronald Ferguson; Dr. Richard Taylor (M.P.); Jon Peters; Alan Doherty; Dr. Trevor Cole; Dr. Simon Berrow; Ed Doolan; Colin Youngjohns; Tom O’Connor; George Baker; David Prowse; Mr. Adel Makar; Mr. Jonathon Eaton; Nick Owen (Our Patron); Professor Robert Thomas; and many more.

We also gained three more committee members, Noel Shakespeare, Derek Harrington and Barbara Pugh. Noel and his wife Margaret took on the role to do the catering at the town Hall and Barbara worked with myself and Paul Brothwell to form the Widow’s group which we now call the Ladies Group. We wanted to ensure that if the ladies had been attending the group with their husbands that they still felt part of the group and they have proved to be very helpful to the group over the years, especially the work they do to enable us to do PSA blood tests at Kidderminster Town Hall.

Derek Harrington came on board as P.R. man and did some amazing promotional work for the group, contacting the media with information about the groups’ activities.

The Committee felt that we should be keeping our members up to date with events and also anything topical about prostate cancer and John Poole agreed in 2001 to start a newsletter and the name Supporter was agreed by committee. This newsletter is both informative and amusing and I have been acting Editor and now John Banner is Editor.

In 2003 we applied and received charity status. This took months of painstaking work from Colin, Paul and Lyn to draw up an acceptable constitution and present the case for charity status. Having this status has enabled the Treasurer to handle the funds much more effectively.

Fund-raising is mainly done on a voluntary basis, by members, relatives of members and people who support what the group is trying to achieve.

These funds enable us to support men with prostate cancer and their families/friends, to offer Buddies, to talk to newly diagnosed men and to be able to give them advice about treatment that the buddy has already undergone and some may offer lifts to the Radiotherapy centres for 1-2 treatments. To provide Facilitators to keep in touch with all members of the group by telephone and report if anyone is having any problems to the appropriate people – see guidelines for Buddies/Facilitators.

The Buddies and Facilitators are offered the opportunity to do a course run by Macmillan on Buddying and Befriending.

The group has now been running for 14 years, and we are moving on to form Satellite Groups around the county, so that we can be classed as a countywide group.

The first meeting will be taking place on 25th June 2014 in Pershore and the group will fund any costs incurred, and committee members will be attending to ensure that they have the right help and advice. The idea being that they may form their own committee and arrange for speakers to attend their local meetings and we can advise on appropriate speakers. We will support any satellite groups with costs, and hopefully will sign up more new members for the group from various localities as this work expands.

We have not always got everything right, but we can only try to learn from our experiences and ask our members what we can do to improve. But, as a group we have shown constant commitment to support and raising awareness of prostatic problems. We have also proved that we can stand alone as a Support Group and are now affiliated with The Prostate Federation and with Prostate Cancer U.K.

I have since retired and de-registered as a nurse, and so I can no longer act as a nurse adviser, but I am now the support groups secretary.